Scotland, what a beautiful nation and what an incredible hike Scotland has to offer. Truly incredible experience and one I thoroughly enjoyed. The TGO Challenge is a hiking adventure that is organized once a year since 1980. You have a few different starting points, and a few ending, and you make your own route through the country. Our route started in Lochailort and ended at Dunnottar castle of the coast of Stonehaven – A total hike of about 340km with some of the detours and other site we sent of towards. We did this is 12 days of hiking.

you can either read all of this, or just click on the video and watch all of it.. 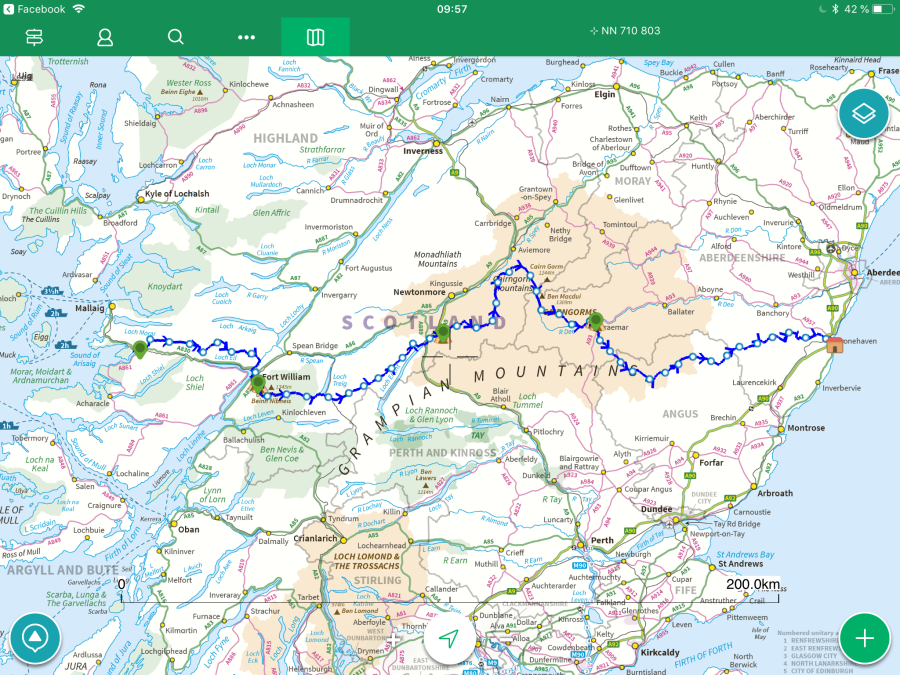 The full route as seen on Viewranger

I flew into Edinburgh, took the direct bus to Glasgow, in Glasgow I sent two packages to myself at the post office that is located right outside the bus stop. I had my resuplies sent to the Inverlochy villas in Fort william where I was staying for the night and Braemar youth hostel. This cost about 3pounds per package.

From Glasgow I met up with Niels blok who has ultralightpedestrian.com, and we took the train up to Lochailort where we arrived at around 23.00 in the evening. Tired, and no place to sleep we pitched the Ultamid 2 in the parking lot right outside the train station. This worked just fine as we arrived on the last train, and the first train wouldn’t start until around 7.30 in the morning.. plenty of time to get sleep. 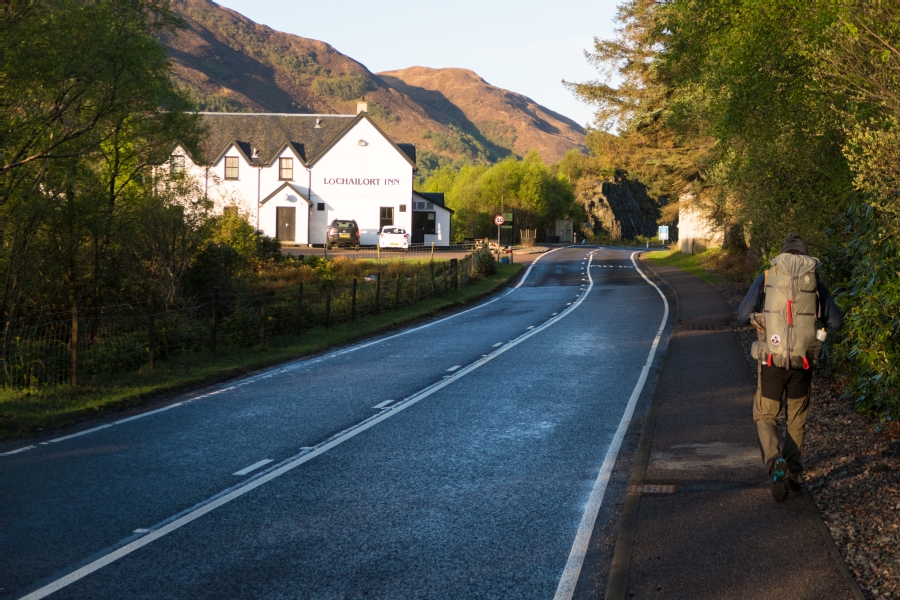 We woke up, packed our shit and after a nice long and healthy fight with the Lochailort inn employees, we were able to get breakfast and check in for the TGO Challenge. Though we were one step away from having to grovel on our hands and knees to get that damn breakfast. 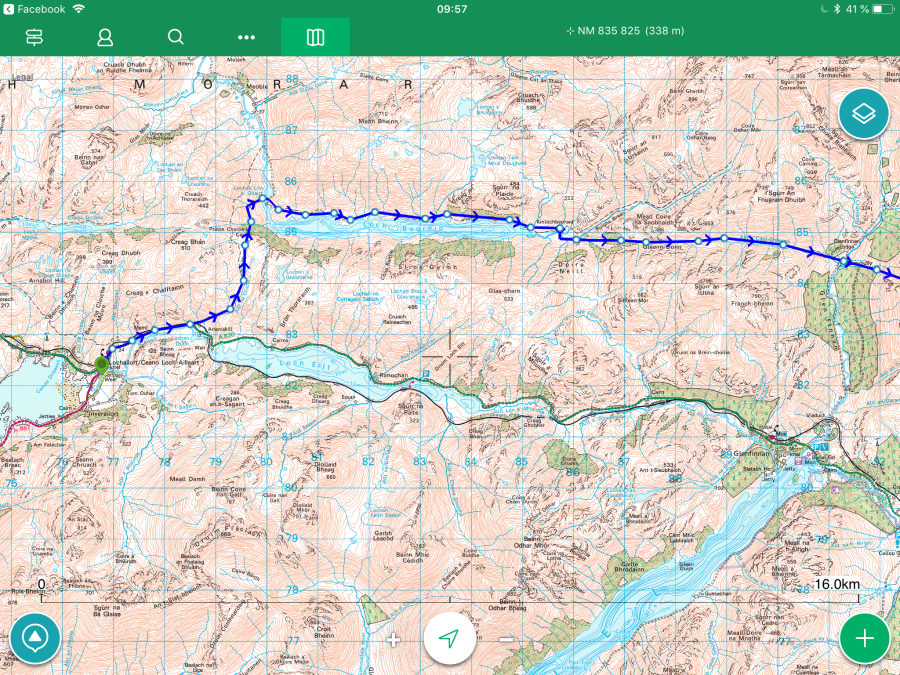 From there we made our way into the mountains via the Prince charlies cave, which we didn’t see, along the Loch beoraid where we stopped and ate breakfast at or around the Kinlochbeoraid bothy 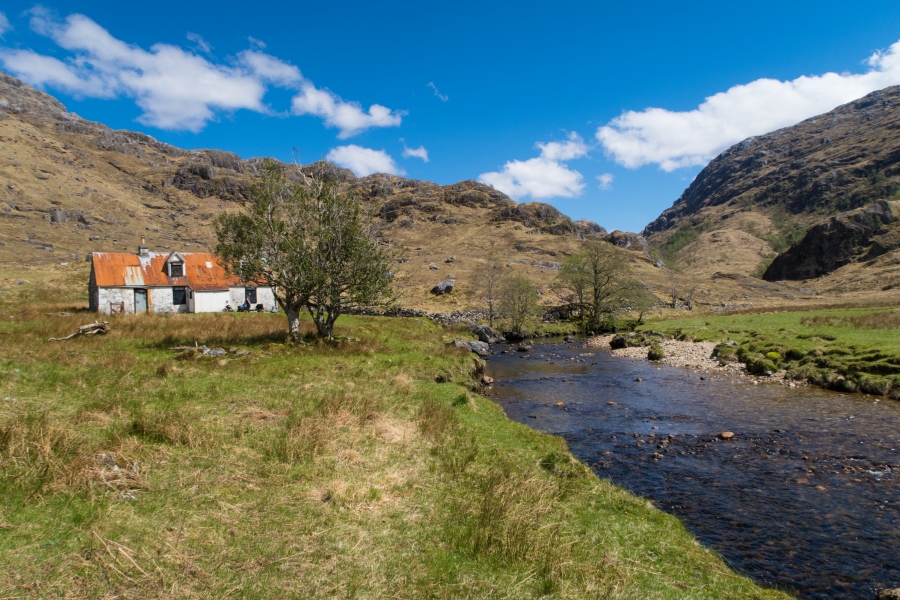 From there we pushed through the Gleann Donn, a wild trail, or rather no trail, just bogs and rocks to climb up a ravine and down into Glen Finnan where all ambition to climb another ravine was lost and we set up camp at the bothy there. After a nice evening at the camp we decided that the ravine wasn’t for us, so we made a detour around the ravine as you can see in the pic below. 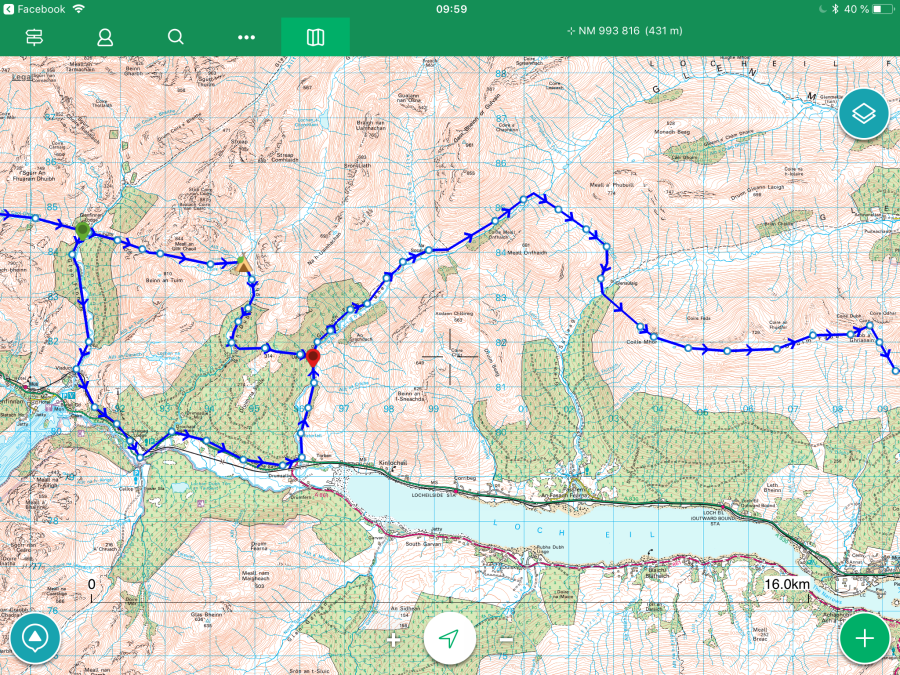 That worked out just fine for us and we continued on our journey. Day two started with that detour taking us around Beinn an Tuim, though, next time I will probably opt to climb up and over as I don’t care for road walking too much either.

Once we caught up with our route we then made our way along the Leann Fionnlighe which was rather spectacular at times, felt like we were heading into true scandinavien mountains. Large rolling hills, wet bogs, bugs and some waterfalls along the way. 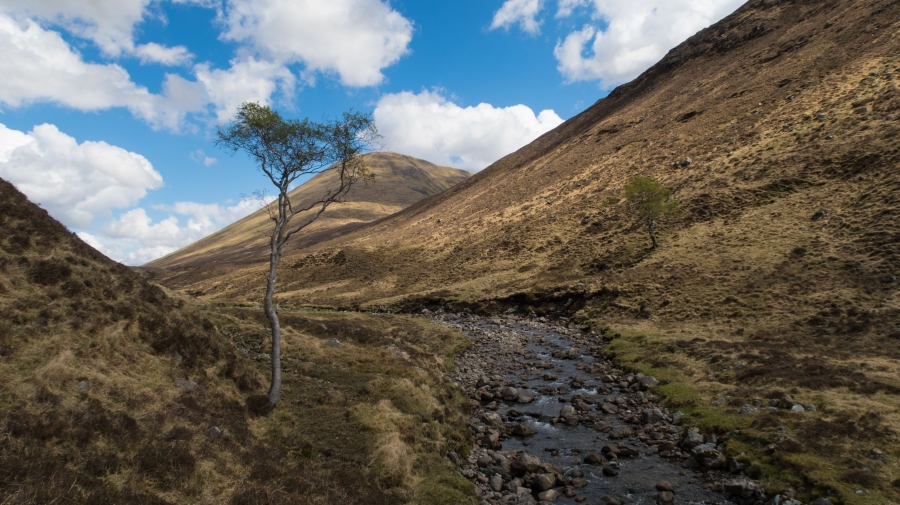 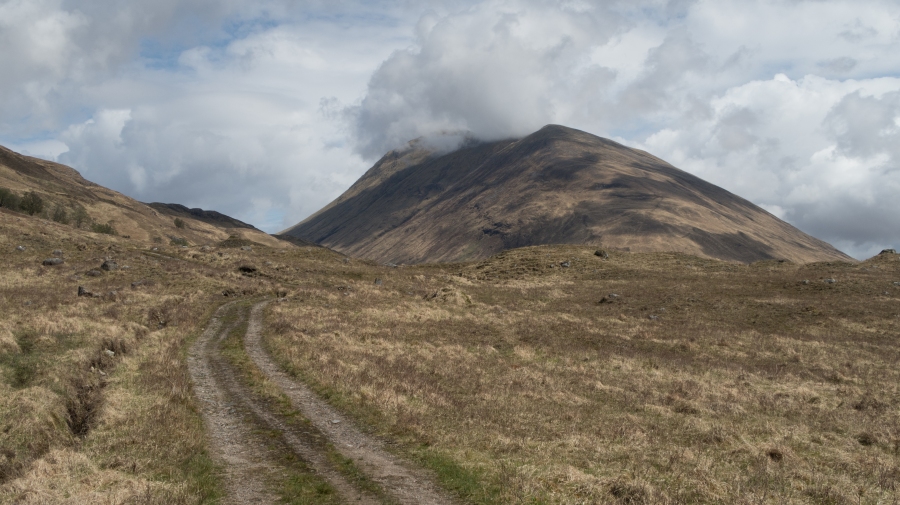 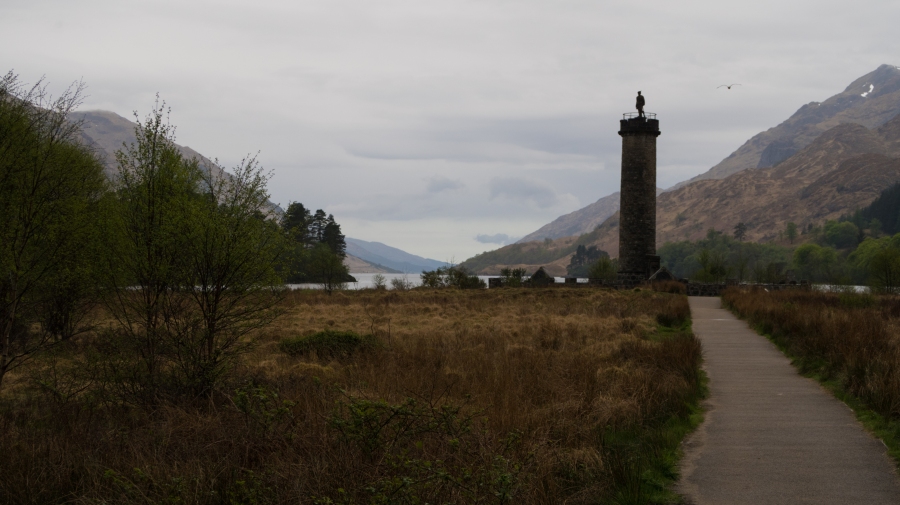 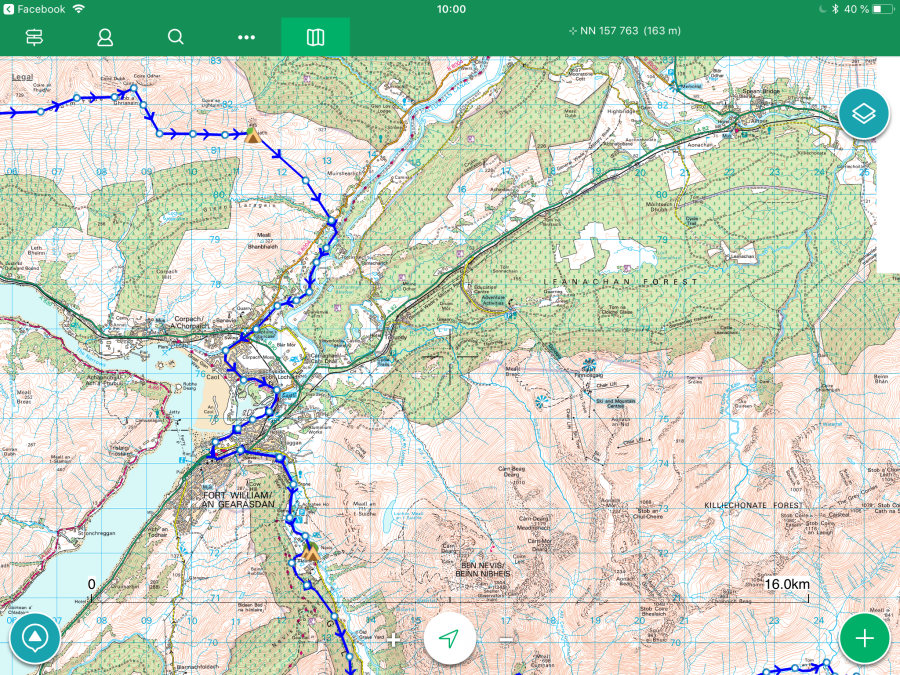 After what turned out to be the worst campsite of the trail, a small little tick infested hell by the water (though the water and view was nice).. We trekked our way into Fort william, ate a burger, drank a beer and changed out my Ultamid 2 for a Terra nova laser 1 competition. Several reasons for that really, 1. I wanted to try a new tent that I had plans on importing and selling 2. I wanted a tent with a smaller footprint and 3. I wanted a little better protection from ticks. My hiking mate Niels had been talking about his horrific experience with Lime disease, and just the whole, spending a week in a hospital nearly dead stuff kind of scared me into submission.. inner tent it would be then. 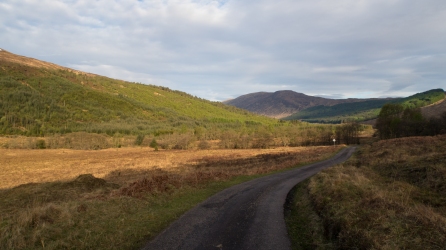 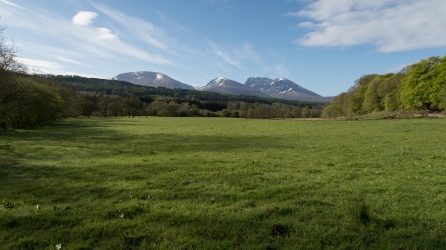 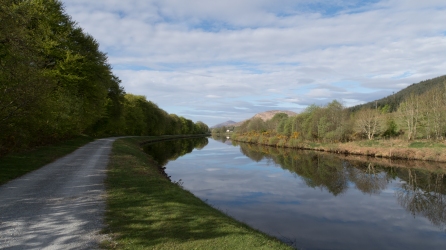 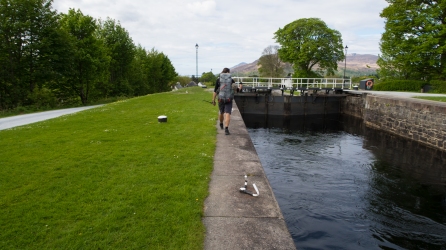 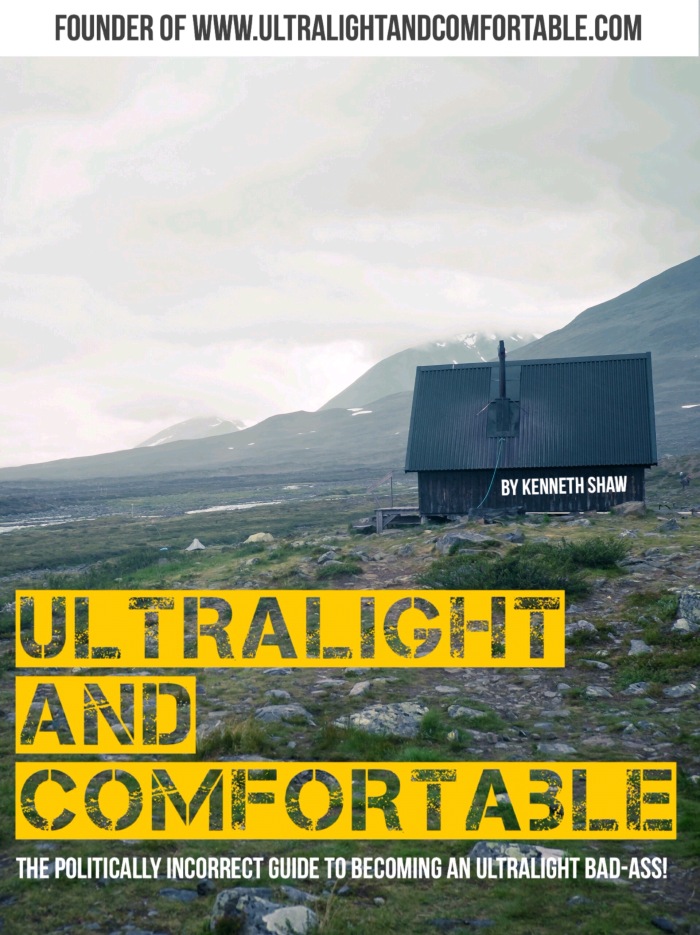